Sharon Gosling's Victorian mystery, The Diamond Thief, published in February 2013 has been well received and is currently at a bargain price in both kindle and epub formats. 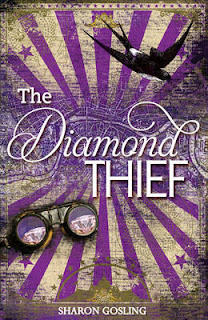 No-one performs on the circus trapeze like 16-year-old Remy Brunel. But Remy also leads another life, prowling through the backstreets of Victorian London as a jewel thief. When she is forced to steal one of the world’s most valuable diamonds, she uncovers a world of treachery and fiendish plots, and makes a friend of a nice young police detective...

First published last year, Theresa Breslin's Spy for the Queen of Scots has just come out in paperback. 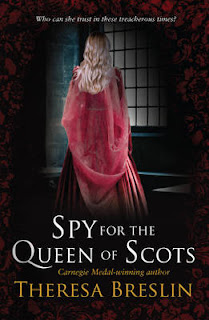 As lady-in-waiting to Mary, Queen of Scots, the beautiful Ginette - known as Jenny - is the young queen's closest childhood friend. Growing up in the elegant but ruthless French court, surrounded by enemies and traitors - not least the jealous, manipulative Catherine de Medici, and Mary's own scheming half-brother, James - Jenny has always been fiercely loyal to her mistress. But when she overhears a mysterious whispered plot, closely followed by several unexplained deaths at court, she puts her own life in danger and turns spy for Mary. Jenny quickly realises not a soul at court can be trusted, and when she and Mary return to their Scottish homeland for Mary to claim her throne, they face even greater peril. Desperate to protect her friend from those who would slit her throat to steal her crown, while battling her feelings for the charismatic nobleman Duncan Alexander, Jenny becomes embroiled in a dangerous web of secrets, betrayals and lies.
Posted by Karen (Euro Crime) at 19:14