Free ebook : Run to You Part 1 by Clara Kensie (US only) 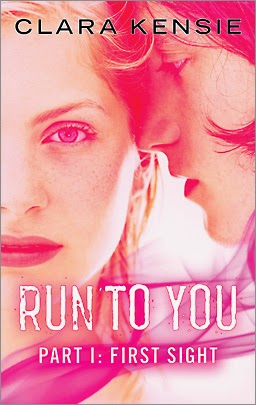 Part One in the riveting romantic thriller about a family on the run from a deadly past, and a first love that will transcend secrets, lies and danger…

Sarah Spencer has a secret: her real name is Tessa Carson, and to stay alive, she can tell no one the truth about her psychically gifted family and the danger they are running from. As the new girl in the latest of countless schools, she also runs from her attraction to Tristan Walker—after all, she can't even tell him her real name. But Tristan won't be put off by a few secrets. Not even dangerous ones that might rip Tessa from his arms before they even kiss…
Posted by Karen (Euro Crime) at 19:30 1 comment: 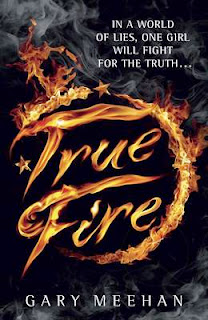 Notes: The following review is written by Amanda Gillies who reviews crime fiction on my Euro Crime website. You can read  her crime reviews here and her YA reviews here.

Review: This book is simply glorious! A wonderful adventure and a real fight of good against bad, TRUE FIRE is the first in an exciting new YA trilogy and tells the story of Megan, who loses her home and her family when she is only 16. Not knowing where she can turn for help, or even who to trust, as things are not always as they seem, Megan sets out to discover why her village was destroyed around her and to also rescue her twin sister from her kidnappers. What she finds out casts a shadow on everything she has ever known and believed in. Her society’s priests and revered religion might not be the truth after all. And what about the dreaded witches? They came and destroyed the land once before, burning everything and killing millions of people. Now the witches are on the move again and the land is heading towards more bloodshed. Megan must learn to be brave in order to survive. She must also learn how to use her sword to defend herself, and others, as she finds out exactly why she is at the centre of what will turn out to be the worst war that her land has ever known.

As well as being a gripping story, TRUE FIRE is about an ordinary girl. Although the story is about witches, there are no magic powers in the air. Megan has to use her wits and guts, not spells and second sight, to keep herself alive. She is scared and unsure of what to do, as well as devastated by the violent death of her grandfather. The reader is able to identify with Megan and you end up willing her along, cheering when she manages to use her sword properly and being really relieved when she escapes from the foe.

If you like reading adventures that have ordinary people as the heroes then you are going to love this story. The ending is dramatic as well as bitter sweet. I can’t wait for the release of the second book in the trilogy so that I can find out what happens next!

Amanda Gillies
Posted by Karen (Euro Crime) at 09:00 No comments:

News of a Harry Potter short story, set when the gang's in their thirties.


Can’t get enough of Harry Potter? Then this is for you. Since March, best-selling author J. K. Rowling has been writing original stories about the imaginary 2014 Quidditch World Cup Finals for Pottermore, the online home for the world of Harry Potter.

Rowling shared her latest Pottermore.com story exclusively with TODAY.com. Written in the voice of the fictional Daily Prophet's gossip correspondent Rita Skeeter, this post centers around the reunion of Harry Potter and his friends at the Quidditch World Cup Finals.

Read the short story at Today.com
Posted by Karen (Euro Crime) at 20:45 No comments: