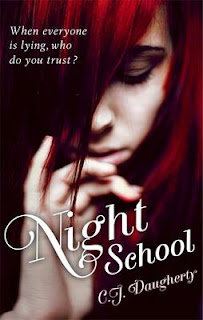 
Review: Night School is the debut from C J Daugherty, the sequel Night School: Legacy comes out in January 2013.

A recent family issue has left Allie deeply unhappy and unsettled to the extent that her perfect grades and behaviour are a distant memory. Upon her third arrest, her parents take drastic action and send her straight to a boarding school deep in the countryside even though it's the summer holidays.

Expecting not to like Cimeria Academy instead Allie finds that she relishes the new atmosphere. The school-work is challenging and she turns the head of one of the most eligible boys in the school, Sylvain as well developing as a love-hate relationship with “bad boy” Carter, who has a reputation of being a player.

There are a lot of mysteries flying around Cimeria – what is 'Night School'? Who is in it, what's it for and what do they do? More pressingly what are the noises in the forest and why are some students getting injured? Why did Allie's parents choose Cimeria of all places?

Night School could easily have gone down a paranormal route but refreshingly the mysteries have non-supernatural answers and they had this reader on tenterhooks continuously wondering “what is going on at this school?”. I absolutely loved this one and flew through it, kicking myself for not reading it earlier – though thankfully it does cut down the wait until the sequel. I found this a tense read plus I enjoyed the developing friendship between Allie and Carter. Allie is amusing, smart-mouthed and not easily bullied and undergoes a transformation over the course of the book. Some mysteries are answered but an ongoing struggle has begun.

Despite taking place in a hot summer, Night School's gothic, claustrophobic setting makes it perfect for curling up with in front of the fire. Don't delay, and get ready for Night School: Legacy.
Posted by Karen (Euro Crime) at 10:44 2 comments: 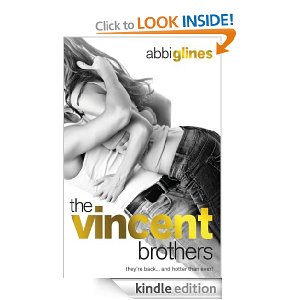 For a limited period only, Abbi Glines' sequel to The Vincent Boys - The Vincent Brothers - the more adult version - is 99p on UK Kindle and iTunes.

The Vincent boys are back... and are hotter than ever, featuring new sexy content from the author.

Sawyer Vincent is still heartbroken over his breakup with Ashton Gray - made worse because he lost her to his brother - but Lana McDaniel thinks she might just have a cure. Lana's lived in her cousin Ashton's shadow all her life, but now she's taking the lead and is determined to make Sawyer her man. But can she be sure that Sawyer's not just using her to get back at Ashton? And what if Sawyer sees through her new sexy version of herself and discovers the shy, geeky girl she used to be?

THE VINCENT BROTHERS is the sexy sequel to the #1 ebook bestseller THE VINCENT BOYS - and it's got twice the fun, twice the excitement and twice the sexy. 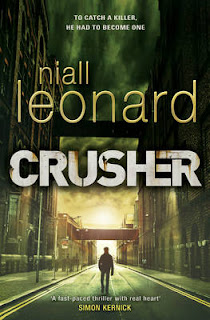 Notes: The following review is written by JF who reviews crime fiction at Raven Crime Reads.

Review: With more holes in the plot line than a tramp’s socks and some utterly implausible coincidences, I can still say that I thoroughly enjoyed this young adult debut thriller by Niall Leonard! At numerous points in the story you are thinking that certain scenarios just could not possibly happen and are incredibly far-fetched, but you can’t help yourself being sucked into the ludicrous plot by the sheer strength of Leonard’s characterisation of confused teenager Finn Maguire, an extremely well-drawn and empathetic character.

Finn is a character displaying all the teenage angst that a rift between parents can cause to a child, with a background of disruptive behaviour that has brought him to the attention of police, but who is obviously a bright and resourceful kid trying to get himself back on the straight and narrow. He has been hampered throughout his life by his dyslexia, but this has provided him with the ability to think on his feet, to use his common sense and invested him with the strength and determination to attempt to track down his father’s murderer. As Finn turns into a contemporary Sherlock Holmes with attitude, seeking answers to the death of his father, he is drawn into a murky underworld overseen by a notorious figure known as ‘The Guvnor’ who epitomises every cliche one could apply to a Gangland boss. Through Finn’s incredibly fortuitous rescue of said Guvnor’s drowning child he finds himself in a position of constant peril punctuated by human trafficking, a celebrity chef, a Death Row killer, a German hitman, dead actors, psychotic women and many other brilliantly implausible moments of danger. Finn himself has no compunction to rendering dead those stupid enough to take him on but always narrowly avoids any criminal responsibility due to the idiocy of his police nemesis Prendergast who has his own special relationship with the Guvnor. Naturally there is time enough in the plot, between Finn keeping himself alive, for a little teenage dalliance with the mysterious Zoe who is definitely not all that she appears to be, to add to the maelstrom of confusion for our erstwhile hero. Maybe as an adult reader the holes in the plot were too self-evident but I loved the way the author at one point actually draws attention to one particular gaffe asking why a character could turn up in England undetected for which no answer could be offered- yes, how did he turn up in England undetected? But alas this is just one of many questions that go unanswered in terms of plot and luckily for Leonard he does have a secret weapon to rescue the book and that is Finn. I think this characterisation pretty much saves the book from just being compelling tosh and the fact that I read it in a couple of sittings, even though my sensible head was saying “No, that couldn’t possibly happen” bears testament to Finn being its saving grace. There is also a fair smattering of pretty fruity language and raw violence that although is perfectly attuned to the nature of the story line may cause some consternation as to this being marketed as a young adult read (not for the more sensitive teenage reader) and with these more adult themes, the book could work quite well as a crossover as demonstrated by some major names in the crime genre (Reichs, Patterson, Coben et al) who are also tapping this additional market.

All in all a good read as you cannot help but be strangely drawn to find out what happens next, but a book that may make you question why you want to!

As I'm in the UK I can't actually see the kindle price of Sweet Venom by Tera Lynn Childs in the US Amazon store but I understand it is free at the moment, and it's just 99p in UK Amazon. 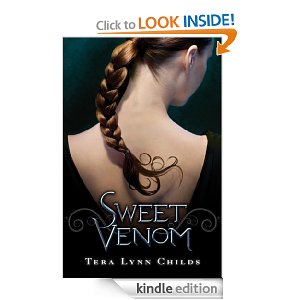 Grace just moved to San Francisco and is excited to start over at a new school. The change is full of fresh possibilities, but it’s also a tiny bit scary. It gets scarier when a minotaur walks in the door. And even more shocking when a girl who looks just like her shows up to fight the monster.

Gretchen is tired of monsters pulling her out into the wee hours, especially on a school night, but what can she do? Sending the minotaur back to his bleak home is just another notch on her combat belt. She never expected to run into this girl who could be her double, though.

Greer has her life pretty well put together, thank you very much. But that all tilts sideways when two girls who look eerily like her appear on her doorstep and claim they’re triplets, supernatural descendants of some hideous creature from Greek myth, destined to spend their lives hunting monsters.

These three teenage descendants of Medusa, the once-beautiful Gorgon maligned in myth, must reunite and embrace their fates in this unique paranormal world where monsters lurk in plain sight.

Cover Theme - Girl on the Rocks 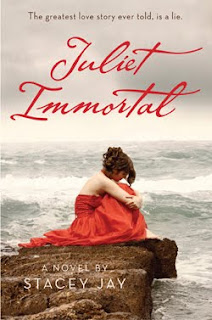 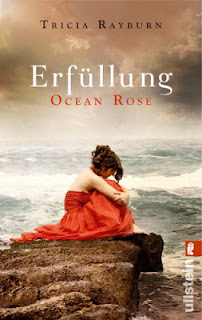