Elemental by Brigid Kemmerer is currently free on UK Kindle and at Kobo.


As an air Elemental, 17-year-old Emily Morgan doesn't have much power. That's okay-she knows what happens to kids who do.

Like Michael Merrick. He's an earth Elemental, one with enough power to level cities. Which makes him sexy, dangerous, and completely off limits. At least according to Emily's family.

But her summer job puts her in close contact with Michael, and neither of them can help the attraction they feel. When forces of nature like theirs collide, one misstep could get someone killed. Because Emily's family doesn't just want her to stay away from him.

They want him dead.
Elemental is a prequel to the Elementals series which begins with Storm. Storm has been out in the US for a while but gets its UK release on 17 April.
Posted by Karen (Euro Crime) at 10:31 No comments: 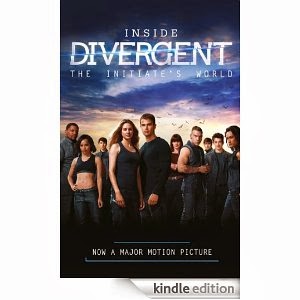 Inside Divergent - The Initiate's World is currently free on UK Kindle.

Illustrated with more than 100 photographs – many never before seen – this eye-catching volume takes you inside the film version of Divergent where you'll discover the factions, meet the initiates and enter the thrilling dystopian world.

Follow the journey from the aptitude test to the Choosing Day Ceremony; then fall into the Dauntless Pit and witness the rigours of life in the Dauntless compound.

INSIDE DIVERGENT is a thrilling glimpse into the initiate’s world. 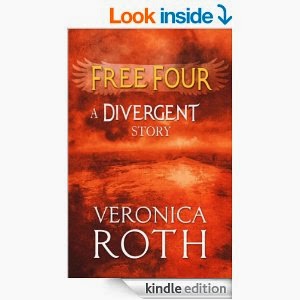 Kobo and it is now also available for free on UK Kindle.

Fans of the Divergent series by No. 1 New York Times bestselling author Veronica Roth will be thrilled by this short story told from Four’s perspective.

This brief story explores the world of the Divergent series through the eyes of the mysterious but charismatic Tobias Eaton, revealing previously unknown facets of his personality, backstory and relationships.
Posted by Karen (Euro Crime) at 09:02 No comments: