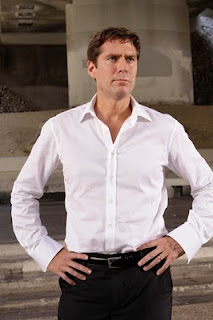 Alexis Denisof has shot a pilot for a supernatural series that ABC is considering for its fall schedule: Pretty Little Liars, which was filmed in Vancouver, Canada, before Christmas.

"It centers around five teenage girls, one of whom is deceased," Denisof said in an exclusive interview Thursday in Beverly Hills, Calif. [...] he added, "she's around as an entity that the other characters have to deal with. I play one of the parents of the central figure. It's a good story. I think it will appeal to multi-generational viewers."

The pilot focused on establishing the premise, leaving the opportunity for a series to explore other storylines surrounding the characters. "Basically that premise is put forward," Denisof continued. "You get the story of the girls and their relationships and the families and their relationships. Then it drops into this ghost story as well."

While Denisof waits for ABC's decision, he is prepared to return to Vancouver to begin filming in the spring. "If they pick it up, it will get picked up for shooting in spring/summer."

(Coincidentally I requested the first part of the series yesterday at the library).