Exposed by Susan Vaught was published in the US in 2008 but the UK edition will be out in March 2010 from Bloomsbury. 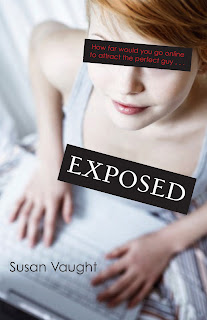 Chan Shealy is an all American girl, a baton-twirler, straight-A student. But when she looks for a boyfriend online, sure that she's following the rules and staying safe, she finds herself the victim of a paedophile whose interests are worse than she ever imagines... it is almost too late when she realizes what she must do to stop him.

Waiting on Wednesday is hosted by Breaking the Spine.
Posted by Karen (Euro Crime) at 09:48