I picked up a couple of audio-books this week and one book:

Auslander by Paul Dowswell (audio book)
When Peter's parents are killed, he is sent to an orphanage in Warsaw. Then German soldiers take him away to be measured and assessed. They decide that Peter is racially valuable. He is Volksdeutscher: of German blood. With his blond hair, blue eyes, and acceptably proportioned head, he looks just like the boy on the Hitler-Jugend poster. Someone important will want to adopt Peter. They do. Professor Kaltenbach is very pleased to welcome such a fine Aryan specimen to his household. People will be envious. But Peter is not quite the specimen they think. He is forming his own ideas about what he is seeing, what he is told. Peter doesn't want to be a Nazi, and so he is going to take a very dangerous risk. The most dangerous risk he could possibly choose to take in Berlin in 1942.

The Graveyard Book by Neil Gaiman (audio book)
When a baby escapes a murderer intent on killing the entire family, who would have thought it would find safety and security in the local graveyard? Brought up by the resident ghosts, ghouls and spectres, Bod has an eccentric childhood learning about life from the dead. But for Bod there is also the danger of the murderer still looking for him - after all, he is the last remaining member of the family. A stunningly original novel deftly constructed over eight chapters, featuring every second year of Bod's life, from babyhood to adolescence. Will Bod survive to be a man?

Bad Faith by Gillian Philip
MURDEROUSLY SINISTER DYSTOPIAN SATIRE. Life's easy for Cassandra. The privileged daughter of a cleric, she's been protected from the extremist gangs who enfore the One Church's will. Her boyfriend Ming is a bad influence, fo course, with infadel parents who are constantly in trouble with the religious authorities. But Cass has no intention of letting their different backgrounds drive them apart. Then they stumble across a corpse. Who killed him? How did his body end up in their secret childhood haunt? And is this man's death connected to other, older murders? As the political atmosphere grows feverish, Cass realises she and Ming face extreme danger. 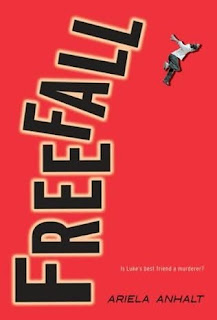 Freefall by Ariela Anhalt (Jan. 2010)
Luke was not eager to accompany his best friend, Hayden, and the cocky new kid, Russell, up to the cliff that night. The plan was to watch Russell jump off the cliff into the lake--his initiation to the Briar Academy fencing team. But instead, after an angry confrontation with Hayden, Russell falls to his death.


Now Hayden is in jail and the pressure is on Luke to report what he saw. But what did he see? An accident--or a murder? Luke has always followed Hayden's lead, but this is one decision he'll be forced to make on his own. And to do it, he must face the truth about his friendship with Hayden and his own painful past.


This suspenseful and scandalous tale of rivalry, peer pressure, and finding the courage to take responsibility will have an impact on readers long after the last page. 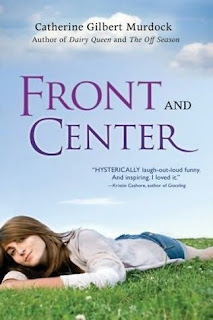 Front and Center by Catherine Gilbert Murdock (Oct. 09)
After five months of sheer absolute craziness I was going back to being plain old background D.J. In photographs of course I'm always in the background . . .

But it turns out other folks have big plans for D.J. Like her coach. College scouts. All the town hoops fans. A certain Red Bend High School junior who's keen for romance and karaoke. Not to mention Brian Nelson, who she should not be thinking about! Who she is done with, thank you very much. But who keeps showing up anyway . . . 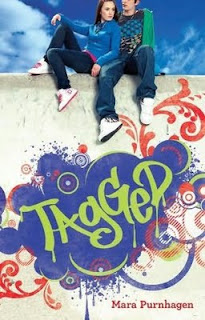 Tagged by Mara Purnhagen (Mar. 2010)
Kate Morgan is just as confused as the rest of her classmates when she arrives at Cleary High to find six life-size gorillas spray painted on the side of a building. Could the culprit be one of her friends or classmates? And is the kind-of-amazing creation really vandalism, or a work of art? She's tempted to stay out of it, mostly because, as the police chief’s daughter, she's always accused of being a snitch. But when gorillas start appearing throughout the state, her investigative instincts kick in.


Now Eli, Kate’s favorite co-worker at the local coffee shop, is MIA. With her best friend, Lan, preoccupied with her own boy troubles, Kate needs to figure out some things on her own. Like why she can’t stop thinking about Eli. And what she will do when all clues about the graffiti point to someone she knows...
Posted by Karen (Euro Crime) at 22:15