Dream Life (sequel to Dream Girl) by Lauren Mechling will be out in the US on 12 January 2010. 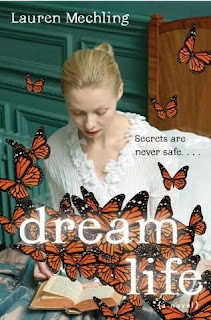 Claire Voyante's first semester at Henry Hudson High School was eventful, to say the least. As she heads into her second semester, things are calming down a bit. But Claire has a few secrets that are getting harder to keep. Her biggest secret of all? The onyx and ivory cameo necklace her grandmother gave her for her 15th birthday. Ever since she started wearing it, her dreams have been coming to her in black and white and turning out to be oddly prophetic.


Becca's been hanging out with her old prep school friends and never seems to have time for Claire anymore. And soon, Claire discovers why - there's a secret group of society girls with a mysterious identity. And, turns out, a mysterious enemy who's out to get them. The second she sniffs out trouble, Claire jumps on the case. But is it someone close to Claire who's in danger again - or could it be Claire herself whose life is at stake?