A bit late but here's what happened at the next meeting of the Children's Reading group I administer and co-host at the library, for 9-12 year olds:

The Christmas books were discussed in late January as we had to skip the meeting which fell on New Year's Day! 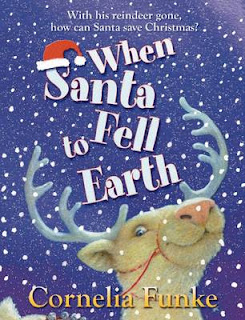 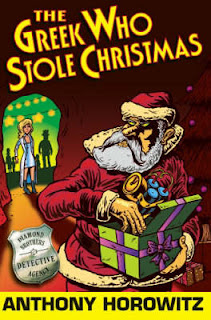 These two were the most successful choices so far in the short history of the group. You probably can't go wrong with something by Anthony Horowitz and When Santa Fell to Earth was appreciated.

I think the book was brilliant! The characters were great and my favourite characters were: Niklas Godfellow and Matilda the Angel. Matilda was funny and Niklas was very kind. I love the book because: it was about Christmas! the storyline was really tense at times and exciting. I definitely didn't like the giant Nutcracker and Gerold Goblynch because they tried to turn Niklas into chocolate and steal his boots! Luckily, it went the opposite way! I especially like the happy and unexpected ending! 5 stars! 10/10!!

The next session focuses on a January Challenge ie a book they've wanted to read but haven't yet.
Posted by Karen (Euro Crime) at 11:05