There's been a substantial increase in the amount of crime fiction set in the Tudor era (see here) and when I set a Tudor themed session for my reading group (1o-12 year-olds) there was quite a lot of junior titles but little in the teenage section other than Eve Edwards's The Other Countess series. Just released/upcoming however are three new appropriate titles: 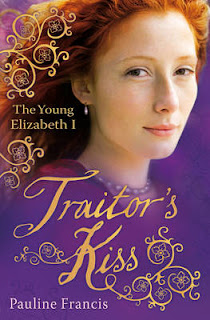 The Traitor's Kiss by Pauline Francis (July, Usborne)
This is the captivating true story of the young Elizabeth I, as she struggles to survive the treacherous world of Tudor England. After the death of her father, Henry VIII, a young Elizabeth journeys to London to live with her father's widow, Katherine Parr, and her new husband, Thomas Seymour, brother-in-law to King Edward. Surrounded by malicious whisperings of her late mother's witchcraft, Elizabeth is desperate to escape suspicion and discover the truth about her mother. A young stranger asserting Anne's Boleyn's innocence sends her on search a that takes her on a dangerous midnight journey to Bedlam, the hospital for the insane, to meet her mother's former lady-in-waiting. This encounter changes the way she views her mother - and herself. Meanwhile, at home, Elizabeth's reputation is increasingly under threat, as her stepfather, Thomas Seymour makes unwanted advances toward her. Her stepmother witnesses a kiss and Elizabeth is sent back to Hertfordshire in disgrace. Here she falls seriously ill and rumours abound that she is hiding a pregnancy. When Thomas Seymour is arrested for treason in a plot to overthrow King Edward, Elizabeth is implicated by association. Now it is up to her to defend her integrity - and her life... 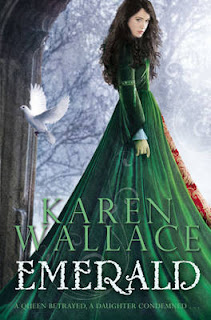 Emerald by Karen Wallace (August, Simon & Schuster Children's)
Emerald St. John is in trouble. She has been condemned to marry a man she hates, her enemies are conspiring to have her pet bear Molly torn apart in the baiting pits, and the man she loves is far away on the high seas. And she has stumbled into a web of spies with a plot to poison Queen Elizabeth I. To save herself and the kingdom, Emerald must beat the spies at their own game - which means transforming herself from a country girl into a lady of the court. Can she do it in time? 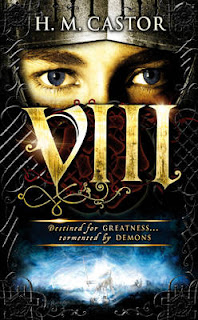 VIII by H M Castor (October, Templar Publishing)
VIII is the story of Hal: a young, handsome, gifted warrior, who believes he has been chosen to lead his people. But he is plagued by the ghosts of his family's violent past and, once he rises to power, he turns to murder and rapacious cruelty. He is Henry VIII. The Tudors have always captured the popular imagination, but in VIII, Henry is presented fresh for a new generation. H M Castor does for Henry what Hilary Mantel did for Thomas Cromwell - VIII is Wolf Hall for the teen and crossover market. The contemporary, original writing style will have broad appeal and VIII brings the tension of a psychological thriller and the eeriness of a ghost story to historical fiction.