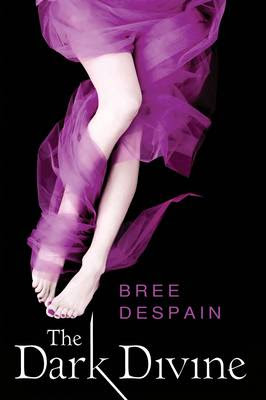 Review: Why oh why did I wait so long to read this? On the plus side it means the sequel is out already and the final part of the trilogy is not too far away.

Grace Divine is the pastor's daughter in a small community in Minnesota. Three years ago, Daniel the boy next door whom the Divine family had been fostering for a while suddenly left the area. It was a time no-one will now speak about and Grace's brother Jude now hates his former best-friend.

The apple-cart is now being upset as Daniel has returned, his reason being that he needs the art class at this school if he is to get into Trenton Art Institute. Grace is forbidden to interact with him but finds it impossible to obey that order and wants most of all to fix Daniel and fix the rift with Jude.

Grace has to juggle her family's wishes and her growing desire to be with Daniel, plus as the pastor's daughter, her behaviour is expected to be above reproach at all times. As well as the emotional turmoil, danger surrounds the town as domestic pets are being killed and then humans start disappearing. Could the Markham Street Monster be back?

I went into The Dark Divine knowing nothing at all about the story - I probably just saw the cover and grabbed it and I enjoyed it very much. The writing flowed and had me reading late into the night even when my eyes were protesting. It's 370 pages long, and never dragged and I felt that it gave the space for the physical setting to be well fleshed out as well; I can picture Grace's house and the tree out front which plays such a significant role in the story. There are quite a few mysteries which gradually become clearer as Grace flashes-back to earlier events. There is romance and there is excitement and danger. Grace is a likeable, strong character and Daniel is a young man who's been through some terrible times and has the reader's sympathy. The ending is not really a cliff-hanger but it certainly leads the way to an interesting sequel, The Lost Saint.