Library Loot is zilch this week alas, but I have bought two books in Tesco's BOGOF offer on children's books: 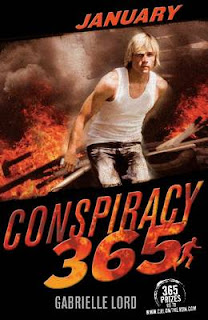 On New Year's Eve, Cal is chased down the street by a crazed man with a deadly warning: They killed your father. They'll kill you. You must survive the next 365 days! Forced into a life on the run, Cal finds himself hunted by ruthless criminals and the police. Somehow he must uncover the truth about his father's mysterious death and solve the Ormond Singularity, a secret from the past, before the year is up. But who can he turn to when the whole world seems to want him dead? The clock is ticking. Any second could be his last. Callum Ormond has been warned. He has 365 days. The countdown has begun ... 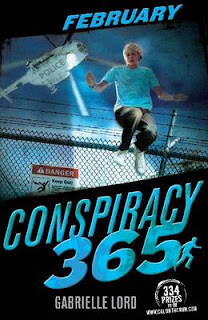 On New Year's Eve, Callum Ormond is chased down the street by a crazed man with a deadly warning: They killed your father. They'll kill you. You must survive the next 365 days! Now he's on the run. The people who killed his father want him dead, and the police are chasing him for a crime he didn't commit. A month has gone by and he's still no nearer to solving the Ormond Riddle, the family secret that has turned his life into a nightmare. Can he trust the mysterious Winter Frey, or will she lead him further into danger? He has 334 days. The clock is ticking..
Posted by Karen (Euro Crime) at 13:42