Kevin Brooks's iBoy will be out in the UK on 1 July from Puffin: 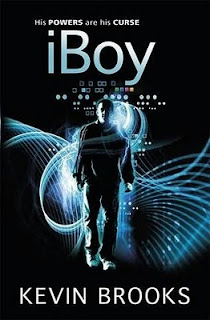 Before the attack, sixteen-year-old Tom Harvey was just an ordinary boy. But now fragments of a shattered iPhone are embedded in his brain and it's having an extraordinary effect ...Because now Tom has powers. The ability to know and see more than he could ever imagine. And with incredible power comes knowledge - and a choice. Seek revenge on the violent gangs that rule his estate and assaulted his friend Lucy, or keep quiet? Tom has control when everything else is out of control. But it's a dangerous price to pay. And the consequences are terrifying...

Waiting on Wednesday is hosted by Breaking the Spine.
Posted by Karen (Euro Crime) at 09:58