Only one book from the library this week, Pastworld by Ian Beck, but it's one I've mentioned a few times before and been looking forward to: 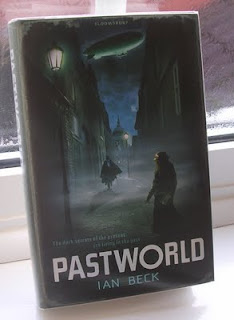 Pastworld. A city within a city. A city for excursions and outings. Pastworld is a theme park with a difference, where travellers can travel back in time for a brush with an authentic Victorian past. But what if the Jack the Ripper figure stopped play-acting and really started killing people? For Caleb, a tourist from the present day, his visit goes terribly wrong when his father is kidnapped and he finds himself accused of murder. Then Caleb meets Eva Rose, a Pastworld inhabitant who has no idea the modern world exists. Both Caleb and Eva have roles to play in the murderer's diabolical plans - roles that reveal disturbing truths about their origins.

I've got a prize in transit from Penguin so hopefully that'll come next week.
Posted by Karen (Euro Crime) at 09:55