Waiting on Wednesday - Child of the Hive

Child of the Hive by Jessica Meats is published by Book Guild on 30 September. The SF premise appeals to me: 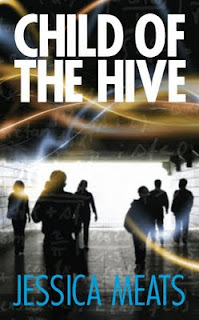 Will is different … ‘special’. He’s a genius at maths and even though he’s still at school studying for his A levels, he lives on his own in a dingy, run-down bed-sit and has to work at night to support himself. But there’s something more that sets him apart – something he has to keep hidden from everyone, even his friends. Otherwise, he risks blowing his cover or, worse, losing his life…

Sophie is ‘special’ too. Deep in the bowels of a secret government facility she spends her days colouring in seemingly unfathomable patterns on endless sheets of graph paper, never speaking a word. To those around her she seems like a simpleton, but little do they suspect that she, like them, is fighting a secret war – a war against the deadly organization known as the Hive.

Set in a Britain of the near future, Child of the Hive is both a tense sci-fi thriller and a gripping philosophical exploration of what it means to be human in a world of ever-increasing technological sophistication. An unputdownable read.
Posted by Karen (Euro Crime) at 14:03

Labels: Child of the Hive, Jessica Meats, Waiting on Wednesday