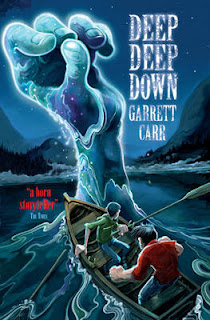 Garrett Carr - Deep Deep Down (24th)
Around a hidden lake in the mountains is a perfect place. The people there live long and contented lives. But not for much longer...Andrew, May and Ewan will destroy everything. Unless the mystery that awaits deep, deep down destroys them first... 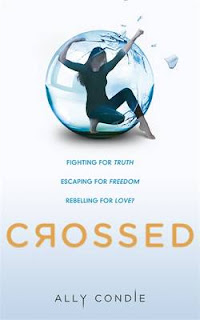 Ally Condie - Crossed (24th)
Rules are different outside the Society. Chasing down an uncertain future, Cassia makes her way to the Outer Provinces in pursuit of Ky - taken by the Society to his certain death - only to find that he has escaped into the majestic, but treacherous, canyons. On this wild frontier are glimmers of a different life and the enthralling promise of rebellion. But even as Cassia sacrifices everything to reunite with Ky, ingenious surprises from Xander may change the game once again. Narrated from both Cassia's and Ky's points of view, this hotly anticipated sequel to Matched will take them both to the edge of Society, where nothing is as expected and crosses and double crosses make their path more twisted than ever...This title is the incredible sequel to acclamied international bestseller, "Matched". 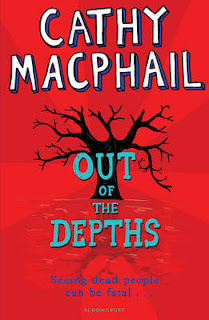 Cathy MacPhail - Out of the Depths (21st)
'I saw my teacher in the queue in the supermarket last Christmas. Miss Baxter. I was surprised to see her. She'd been dead six months.' In Out of the Depths, Cathy MacPhail introduces her latest character, Tyler Lawless, who has an unusual and sometimes scary gift. She is able to see dead people. And sometimes they speak to her, asking for her help. When Tyler moves to a new school she is hoping to make a fresh start. But it is very difficult to make a fresh start when a boy who is supposed to be dead appears in your classroom, and statues in the school seem to come alive and point towards the place where the dead boy, Ben Kincaid, was murdered. Will Tyler be able to assist Ben with his pleas for help, or will she be dismissed as an attention-seeking teller of tall tales? A thrilling and spooky tale from the acclaimed Cathy MacPhail.
Posted by Karen (Euro Crime) at 10:36