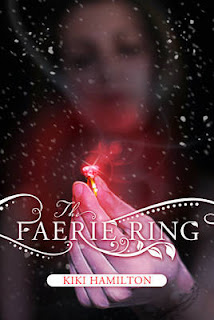 Kiki Hamilton - The Faerie Ring (14th)
The year is 1871, and Tiki has been making a home for herself and her family of orphans in a deserted hideaway adjoining Charing Cross Station in central London. Their only means of survival is by picking pockets. One December night, Tiki steals a ring, and sets off a chain of events that could lead to all-out war with the Fey. For the ring belongs to Queen Victoria, and it binds the rulers of England and the realm of Faerie to peace. With the ring missing, a rebel group of faeries hopes to break the treaty with dark magic and blood - Tiki's blood. Unbeknownst to Tiki, she is being watched - and protected - by Rieker, a fellow thief who suspects she is involved in the disappearance of the ring. Rieker has secrets of his own, and Tiki is not all that she appears to be. Her very existence haunts Prince Leopold, the Queen's son, who is driven to know more about the mysterious mark that encircles her wrist. Prince, pauper, and thief - all must work together to secure the treaty... 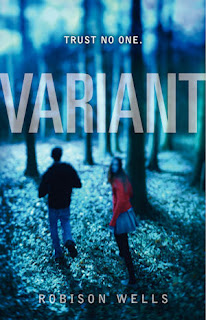 Robison Wells - Variant (20th)
Benson Fisher thought that a scholarship to Maxfield Academy would be the ticket out of his dead-end life. He was wrong. Now he s trapped in a school thats surrounded by a razor-wire fence. A school where video cameras monitor his every move. Where there are no adults. Where the kids have split into groups in order to survive. Where breaking the rules equals death. But when Benson stumbles upon the school s real secret, he realizes that playing by the rules could spell a fate worse than death, and that escape his only real hope for survival may be impossible.
Posted by Karen (Euro Crime) at 14:09