To celebrate the release of My Soul to Take by MIRA Ink, Rachel has very kindly written a guest post, on who her favourite characters are in the Soul Screamers series and why. 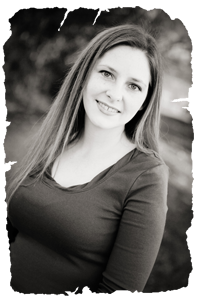 My favourite characters in the Soul Screamers series, other than Kaylee (there's a reason she gets to narrate) are Tod, the reaper, and Sabine, the mara, whom you'll meet in My Soul To Steal. And I like them both for the same reasons, though they're very different from each other.

Tod is dead. He's been dead for a couple of years by the time Kaylee meets him, and he's started to lose his humanity. He sees things differently than the living do. Differently than he did before he died. He doesn't have the same social boundaries most nineteen year olds have, and because he's usually invisible to humans, he's gotten used to spying on anyone and everyone he wants to see, whenever the mood strikes.

This means he sees things people might not voluntarily show someone else. He know secrets, he tells lies, and he loves those who are important to him with his whole heart. And when we meet him, he's just realizing that he's losing his humanity, and he's desperate to stop-or at least slow-the process. And the only way to do that is by clinging to those in his life who are still living.

Sabine, on the other hand, is very much alive. She is a mara-the living personification of a nightmare. She reads other people's fears and weaves them into nightmares when they sleep, which she can then feed from.

Sabine was abandoned as a child because she's creepy. People get chills when she's around. Rooms seem darker when she enters. Shadows seem deeper. She's just plain scary, whether she wants to be or not. She's never had any friends, and she's been neglected then returned by more than a dozen foster families by the time we meet her, and that has understandably stunted her social growth.

And did I mention that she's Nash's ex-girlfriend? And that she wants him back? ;)

My review of My Soul to Take is here and the MIRA Ink website will be at http://www.miraink.co.uk/ and Rachel Vincent's website is here.

Many thanks to Rachel for writing this piece and MIRA for arranging it, and supplying a review copy.
Posted by Karen (Euro Crime) at 19:45