Waiting on Wednesday - Ghost of a Chance

This one sounds great: a paranormal detective story. Ghost of a Chance by Rhiannon Lassiter will be published in January 2011 by Oxford University Press. 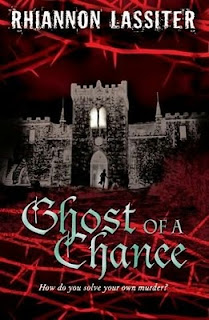 Imagine being both victim and detective in your own murder . . .

‘You know that girl, the one in my class? The one that died. She lived here.’

They said it was suicide, but Eva knows she was murdered. Now she inhabits a skewed ghost world along with the tortured and malevolent spirits of her family home. Solving the crime could end her existence — but if the killer isn’t found how many more will die?

Waiting on Wednesday is hosted by Breaking the Spine.
Posted by Karen (Euro Crime) at 10:51

Labels: Ghost of a Chance, Rhiannon Lassiter, Waiting on Wednesday