Waiting on Wednesday - The Demon Trappers: Forsaken by Jana Oliver 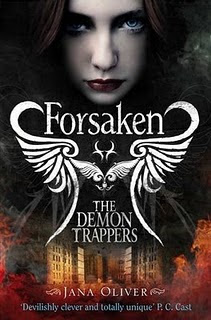 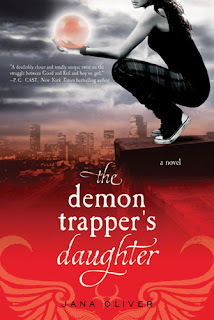 Riley has always wanted to be a Demon Trapper like her father, and she's already following in his footsteps as one of the best. But it's tough being the only girl in an all-guy world, especially when three of those guys start making her life more complicated: Simon, the angelic apprentice who has heaven on his side; Beck, the tough trapper who thinks he's God's gift, and Ori, the strikingly sexy stranger who keeps turning up to save her ass.

One thing’s for sure – if she doesn’t keep her wits about her there’ll be hell to pay . . .

Waiting on Wednesday is hosted by Breaking the Spine.
Posted by Karen (Euro Crime) at 09:46