Thanks to an email from HarperTeen, these two have gone into my virtual tbr.... 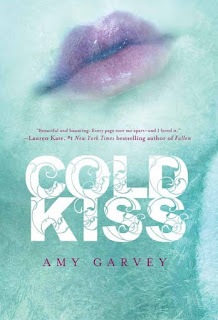 It was a beautiful, warm summer day, the day Danny died.

Suddenly Wren was alone and shattered. In a heartbroken fury, armed with dark incantations and a secret power, Wren decides that what she wants—what she must do—is to bring Danny back.

But the Danny who returns is just a shell of the boy Wren fell in love with. His touch is icy; his skin, smooth and stiff as marble; his chest, cruelly silent when Wren rests her head against it.

Wren must keep Danny a secret, hiding him away, visiting him at night, while her life slowly unravels around her. Then Gabriel DeMarnes transfers to her school, and Wren realizes that somehow, inexplicably, he can sense the powers that lie within her—and that he knows what she has done. And now Gabriel wants to help make things right.

But Wren alone has to undo what she has wrought—even if it means breaking her heart all over again. 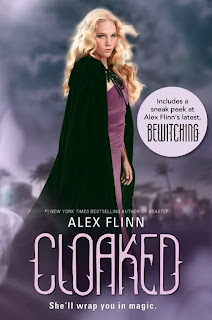 Cloaked by Alex Flinn (lovely new cover) with bonus materials is 49p on amazon.co.uk and 49p at Kobo.

Happily ever after gets turned upside down in Cloaked, a fantasy by #1 New York Times bestselling author Alex Flinn that combines several classic fairy tales and spins them with a modern twist! Bonus content includes a sneak peek at the upcoming Bewitching. Kendra Hilferty, the witch that curses Kyle Kingsbury in Beastly, tells about her immortal existence—how she discovered she was a witch and the various ways she has used her powers to help people (unfortunately her attempts have often backfired!).

Cloaked welcomes readers to sunny South Beach, Florida. Too bad Johnny is stuck in the Coral Reef Grand repairing shoes. At least he can spend some time designing his own. But nothing ever happens at the Coral Reef Grand! That is, until the beautiful Princess Victoriana comes to stay. Johnny gets more than just a little eye candy when Victoriana invites him to her suite—he gets dragged into a quest for frog prince! Set loose in the Florida Keys with a magical cloak and earpiece, Johnny enlists the help of a fox named Todd. But will spells—and giants—deter his search for the frog prince? And will Johnny even want Victoriana’s promised reward?